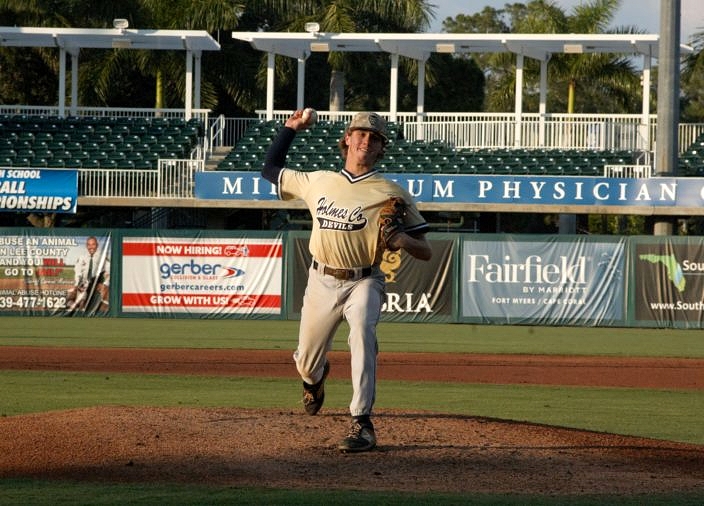 Colby Jones went the distance, pitching a complete game in the state championship game against Bozeman.

For the first time in school history, the Holmes County Blue Devils are state champions.

It took just about everything senior Colby Jones had on the mound to secure the 3-1 victory over the Bozeman Bucks Thursday night, but he’d go the distance and finish his complete game with strikeout No. 10 on the night to close it out.

“Colby’s got to be one of the best baseball players I’ve ever coached in my life, and I’ve been doing this a long time,” Holmes County manager Jeromy Powell said. “His baseball IQ is through the roof. We had a discussion about whether or not he was going to be able to finish the game if I started him.

“He looked at me and said ‘coach, give me the ball in the first inning and I’ll finish the game.’ I think he finished throwing 101 pitches and all he could go is 105. It worked out for us.”

That might be the understatement of the year. Jones held one of the best-hitting 1A teams to just one run on four hits, all of which came in the fifth inning or later. Jones said he was unaware that he had the no-hitter going that deep into the game but was more focused on getting the win than his own personal stats. 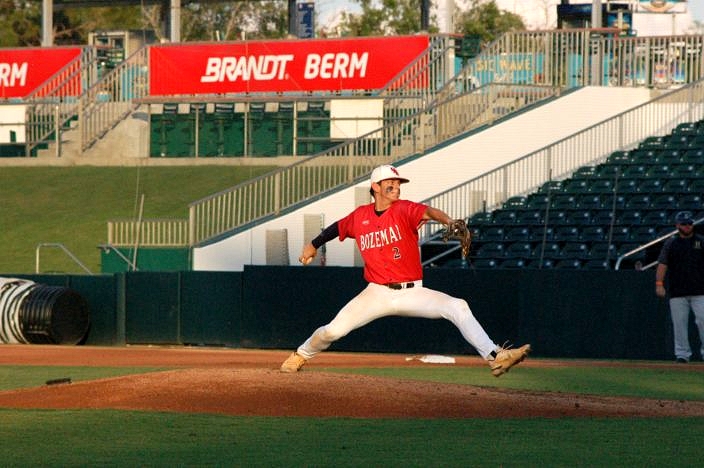 Derrick Hancock was brilliant for 6 2/3 innings on Thursday despite picking up the loss.

Jones pitched with a lead for most of the game after Jameson Bacon manufactured a run on the basepaths in the third. Bacon led off the inning with a double over the left fielder’s head and advanced to third on a groundball hit to the left side after a brief hesitation. A sacrifice fly from sophomore Nathaniel Conner brought him in, and that’s all the scoring that would take place until the final inning of the night.

Bozeman’s starter, senior Derek Hancock, nearly matched Jones, allowing just one hit through six innings of work. Trouble came in the seventh when Holmes County strung together three singles in four at-bats, scoring a pair of insurance runs that proved to be crucial. The Bucks did manage to finally get to Jones in the final frame, but one run wasn’t enough.

“For (Hancock) to go out there and do what he did in the state championship game, you know, he was like that for us all year,”  Bozeman manager Jeff Patton said. “We’ve got Jeremy Todd on this team, so everyone focuses on him but (Hancock) went out there and gave us a chance to win. And on most nights we probably do, too. I don’t think we’ve been held to one run all year, so obviously, it’s a testament to what (Holmes County) did.”

It’s a tough loss to swallow for a Bucks team that’s filled to the brim with seniors. The final game of their high-school careers may not have gone the way they had hoped, but there’s little to hang their heads over. Bozeman fought until it was down to its last out and had the tying run at the plate in the bottom of the seventh.

“It’s something we work on from day one,” he said. “We try to create as much adversity as we can. We have a tough schedule, we play bigger schools all the time, so these guys have been in wars and bounce back. They were down four runs in the semifinal game and came flying back. We just kind of ran out of juice tonight.” 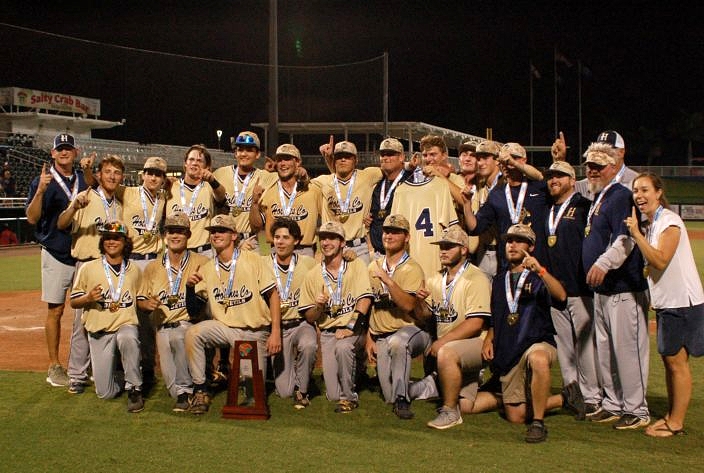 The Blue Devils celebrate with the FHSAA Class 1A State Championship trophy and Hayden Revels’ jersey.

For the Blue Devils, this could just be the start of things. Holmes County started three seniors, six sophomores and a freshman Thursday. Replacing Jones at the top of the rotation will be key, but the team is returning most of its starting lineup in 2023. There was also one big piece of the lineup missing due to illness.

“We lost our four-hole hitter and third baseman (Hayden Revels),” Powell said. “He was hitting .400 and had two or three home runs. He got a blood clot in his arm and left the team about two weeks ago, and these guys have been playing for him since.”

When the final pitch was thrown, four fingers went up in the air from nearly every Blue Devil on the field and in the stands. Although he’s recovering at home from surgery, Revels’ presence was impossible to miss in the final moments of the ballgame.

Holmes County will celebrate with some Top Golf on the way home from Ft. Myers on Friday, and then it’s time to begin preparations for next season’s title defense.