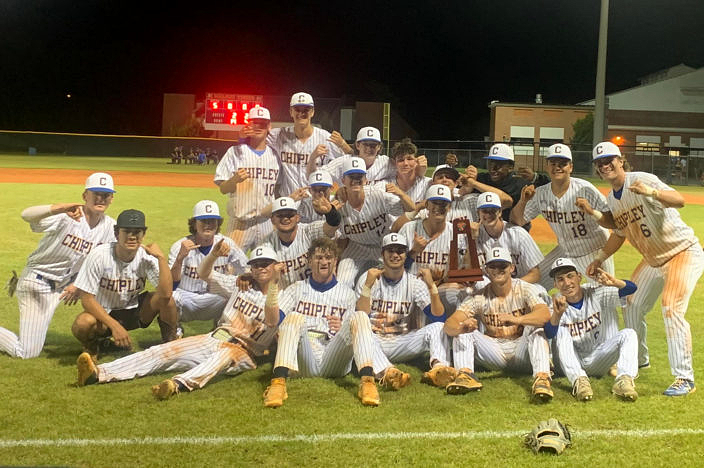 The 2022 District 1A-3 champion Chipley Tigers. *Photo from @Chipleyhighschoolbaseballfans.

The Chipley Tigers have their sights set on a return to the state championship. That path got a lot easier on Thursday, after the Tigers secured the District 1A-3 championship and the right to host the opening round of the regional playoffs with a 14-2 win over the Cottondale Hornets.

Chipley (15-9) scored in each of the first four innings to run away with the title victory, earning the team its second straight district championship. Last year that catapulted the club to eventually finish as the state runners up, and the team has returned this season just as strong.

Thursday night it was the bats that got it going early and often, as the Tigers kept filling the bases and moving runners along. Cade Culbreth led the way with a double and four RBI, while Will Taylor, Carson Shores and Rayce Griffin all scored three runs apiece.