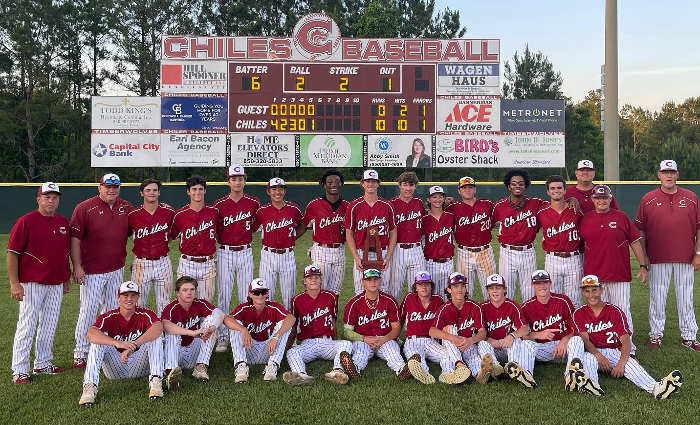 The 2022 District 6A-2 champion Chiles Timberwolves. *Photo from @Chilesbaseballwolfpack.

The Chiles Timberwolves left no question who is the champion of District 6A-2. Thursday afternoon the Timberwolves recorded their second straight shutout of the district playoffs with a lopsided 10-0 victory over the Buchholz Bobcats. Chiles (20-7) earned its second consecutive district title, and third in the past five seasons. The Timberwolves will also host the opening round playoff game in next week’s regional playoffs.

Meanwhile, every batter in the order reached base to contribute. The Timberwolves pounced with their first swings to take a 4-0 lead, and then kept adding on with two more in the second and three more runs in the third. Jaxson West was 3-for-4 with two doubles and two RBI to lead the way, while Davis Avera was 2-for-3 with two RBI and a run and Chris Stanfield was 2-for-3 with a double, an RBI and four runs. 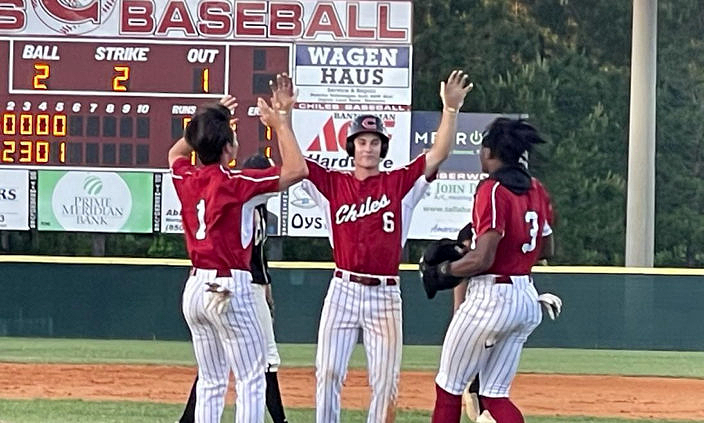