Newberry Rallies Past Chipley For 1A Championship 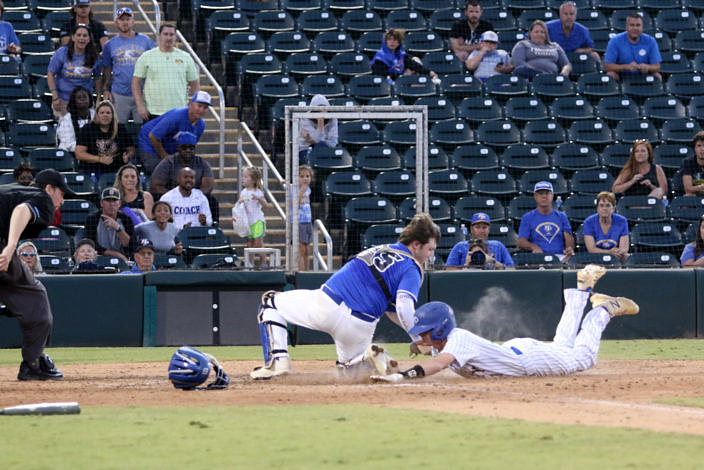 A Chipley base runner is caught at the plate trying to score during Thursday’s 1A championship.

Playing from behind is something that the Newberry Panthers are not accustomed to this season. Yet when the team found itself down to the Chipley Tigers late in Thursday’s Class 1A state championship, there was no panic. The Panthers have played with a killer instinct all year long, and that drive propelled them to a late rally that flipped the script and rewrote their history.

Newberry rallied for four runs in the fifth inning to come back for a 7-5 win to claim the state title. It is the first championship in program history, and also the first team title in any sport for the school. Newberry last competed in the finals in 1979, when it finished as the state runners up.

“It’s amazing. These boys didn’t quit. We were down early, and we were down 5-1, and the boys found a way to come back,” Newberry Manager Mike Spina said. “It felt like we had home field advantage from our fans tonight; it was amazing. I’m proud of these guys. We’ve been doubted all year long and they played well tonight.”

The Tigers (26-2) jumped out of the gate with the lead after scoring two runs on bases-loaded walks in the top of the first inning. Carson Shores, Kelbee Woodham and Parker Smelcer all walked to load the bases, and both Waylon Pitts and Bryson Howard earned RBI walks that put them on the scoreboard.

Chipley tacked on three more runs in the fourth to extend that lead to 5-1. Shores was hit by a pitch and Bryan Stone dropped down a perfect bunt to the right side in which he beat the throw for the base hit. Neal Adams followed with a liner to right field that plated Shores, but Stone was gunned down at the plate after also attempting to come home on the play. 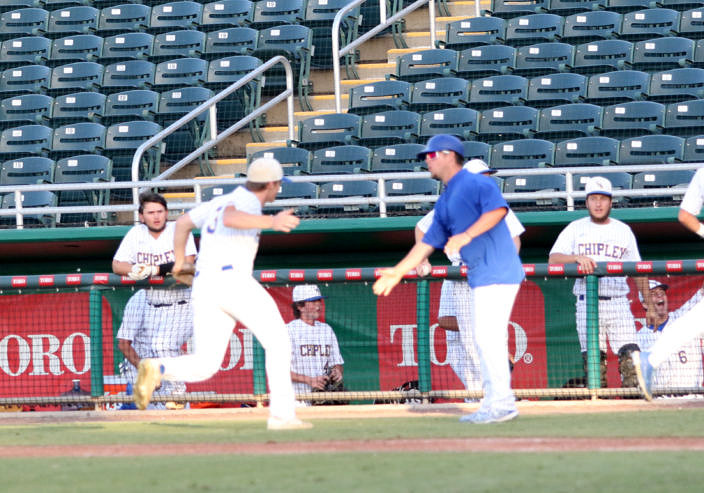 The Tigers celebrate coming off the field after making a big catch to end a scoring threat.

Plate discipline paid off to keep the inning going, as the next three batters all walked. Wyatt Pitts drew a walk on a full count to drive in another run, and Howard recorded his second RBI of the night on a fielder’s choice ground out to the second baseman.

The Panthers (25-1) got the offense clicking in the fourth to get the rally started. Logan Carlisle led off by crushing a shot deep to center field for a double, and Kaleb Compton followed with a walk, before giving way to courtesy-runner James Turner. Josiah Hagland then connected for a grounder to the right side that plated Carlisle with a fielder’s choice RBI ground out. Turner came around to score when Jayden Holcomb hit an RBI single up the middle.

The next inning went even better for them. After reliever Mason Tomchak delivered a 1-2-3 frame in the top of the fifth, the offense kept hacking away to account for the winning runs.

The first five batters all reached base to start the fifth. Justin Crews reached on an infield error, Luke Ridley singled to center and MaKai Johnson walked to load the bases. Carlisle and Compton then drew back-to-back RBI walks on four pitches to push across two runs that tied the game. Landon Gruenwald was next with an infield grounder in which the defense attempted to turn a double play, but the ball got away from the first baseman and both Johnson and Carlisle kept running until they crossed the plate to give Newberry the lead. 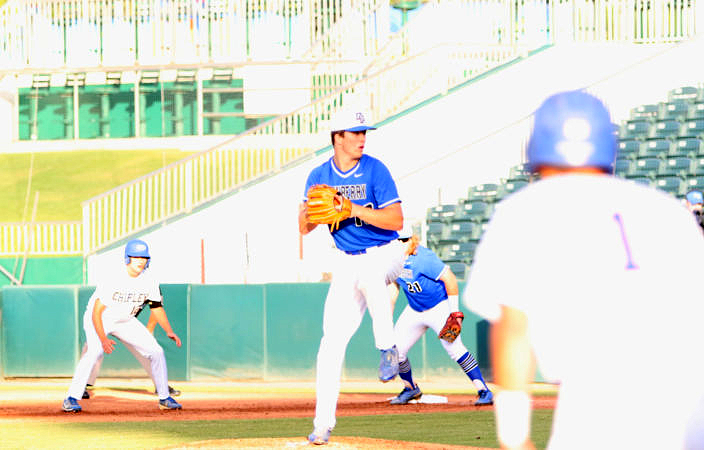 The Tigers put immediate pressure on Newberry’s starter, scoring two runs in the top of the first inning.

The Tigers (26-2) managed base runners in each of the last two innings to keep their chances alive. Neal Adams led off the sixth with a single, but the next three batters went down in order. In the seventh, Bryson Howard started it off with a base hit to left, but Tomchak again got the next three batters in order to close it out.

Romchak earned the win, after coming on in relief in the fourth inning. The junior right-hander did not allow any runs in three-and-two third innings, as he allowed two hits and recorded three strikeouts.

“Mason Tomchak did a heck of a job tonight. Tomchak is definitely our MVP tonight on the bump,” Spina said.

Carlisle led the offensive charge, going 2-for-3 with a walk, two RBI doubles and two runs. After falling behind in the first, Carlisle got Newberry on the scoreboard by stroking a double deep to left field to drive in Luke Ridley, who walked with one out to reach base.

Neal Adams led the Tigers at the plate, going 3-for-4 with an RBI and a run. Howard was 1-for-3 with two RBI. 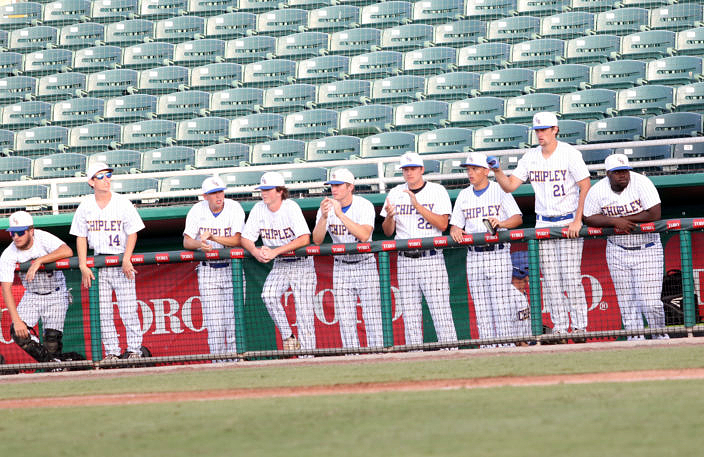