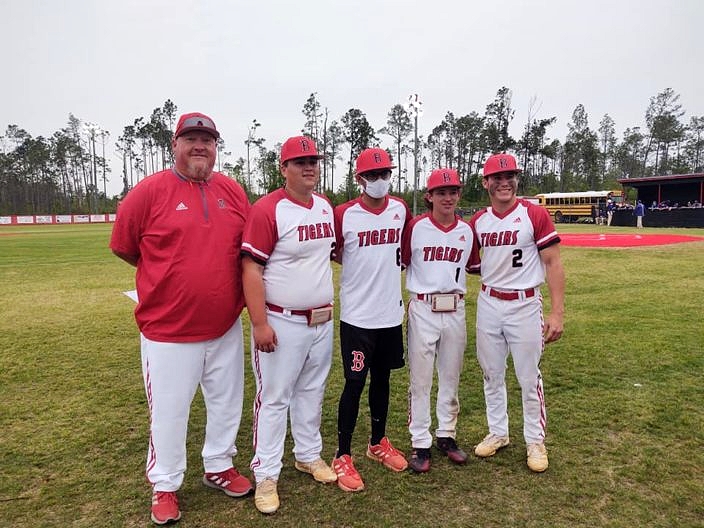 The Blountstown Tigers paid tribute to their seniors, but it was the visiting Marianna Bulldogs that walked away with the victory on Tuesday night. The Bulldogs broke a tie game with four runs in the top of the seventh inning to play spoilers with a 5-1 road win on the Tigers’ Senior night.

Never shy of tough competition, the Tigers (10-13) elected to host a tough, 3A challenger for their special night. Every senior wants to win on their special night, but every ball player wants a tough opponent that brings out their best baseball. The Bulldogs did just that, as the two sides played tug-of-war in a 1-1 contest for six innings, before Marianna rallied for the win.

With one out in the seventh, the Bulldogs (10-10) loaded up the bases to get things going. Waylon Crumpler singled and Brady Donaldson and Brantley Willis both walked, and Isaiah Spencer then worked the count for an RBI walk. Brady Brock then put the ball in play, and an error knocked the wheels off, as three unearned runs came across the plate to add some insurance.

Blountstown refused to go down quietly, as Ryan Wooden connected for a double with two outs to keep their slim chances alive. But Bulldogs starter Bo Ham induced an infield grounder to close things out, earning him the complete-game victory. 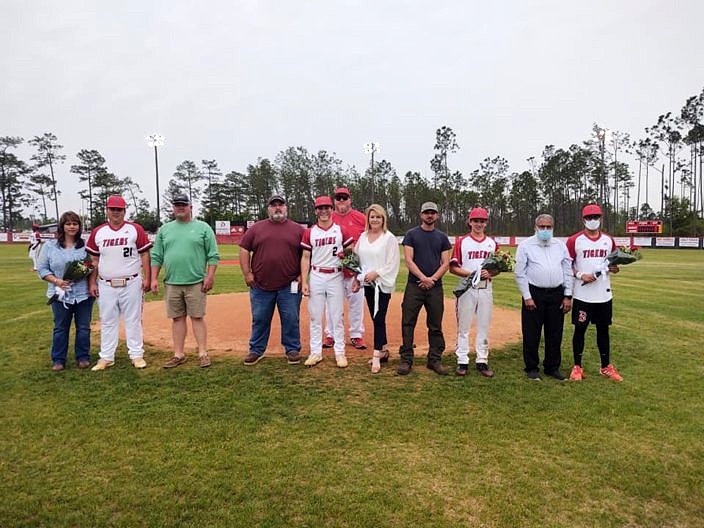 Ham struck out five in seven full innings, needing just 72 pitches for his third complete game of the season. The right-hander scattered five hits and walked one, and he improved to 4-2 on the year.

Blountstown struck first to grab the lead in the bottom of the second. Andrae Williams singled and advanced when Wooden followed with a base hit as well. Whit Whitworth then reached on an error to load the bases, and Williams came the final ninety feet to score on a passed ball.

The Bulldogs answered right back with their next swings in the top of the third. Brantley Willis led off and jumped on a 1-0 offering for a solo home run that made evened things back up, where it stayed until the seventh.