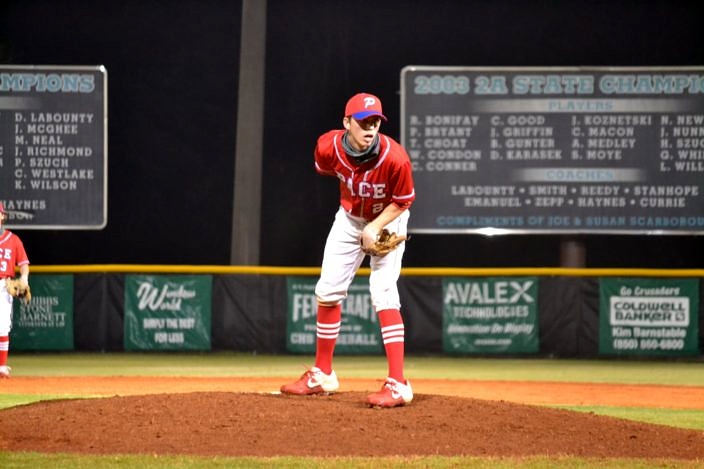 The Pace Patriots got exactly the win they needed on Thursday night, earning a 7-3 victory at Pensacola Catholic that evened their record back to .500 on the season. Broc Parmer had a two-run home run for the offense, and Brent Cadenhead earned the win on the mound with a strong relief performance.

The Patriots (3-3) fell behind 2-0 in the first, but they responded with three unearned runs in the second to take control. Pace led the rest of the way.

Senior Jordan McCants was a force for the Crusaders (5-1), going 4-for-4 with two doubles, a stolen base and two runs. The Mississippi State University signee got his team going right away, leading off the first with a double to left. McCants then swiped third and came in on a passed ball.

Carter McCauley walked, stole second and also came in thanks to an RBI single from Will Barter. Just like that, Catholic had a 2-0 lead.

But Pace answered right back, loading up the bases in the second when Owen Walters singled, Jaxson Kirchharr walked and Cadenhead was hit by a pitch. Two ensuing errors allowed the Patriots to grab a 3-2 advantage. 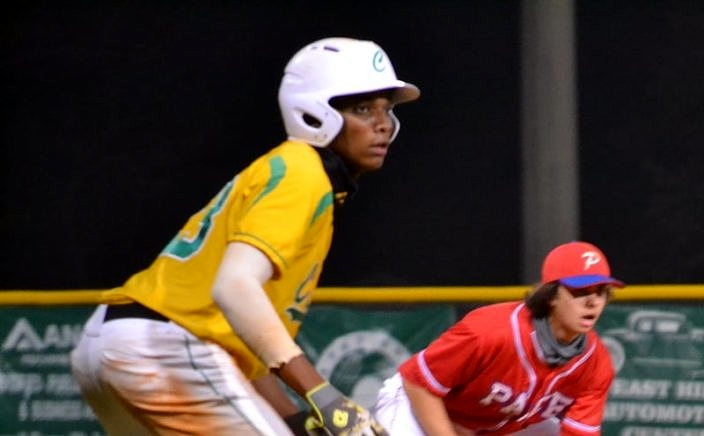 Pensacola Catholic’s Jordan McCants was 4-for-4 with two doubles and two runs. *Photo from @pacehighbaseball.

An inning later, Pace added another run. Ty Humphreys walked but was erased at second as Warner reached on a fielder’s choice, Walters reached on an error that advanced the runners and Warner later came home on a passed ball.

Again, it was McCants who answered back. He led off the bottom half of the third with another double, again stole third base and scored on a sacrifice fly from McCauley that pulled the Crusaders back within a run.

But Cadenhead shut the door from there. The right-hander tossed four scoreless frames to close out the contest, after coming on in relief with two outs in the second inning. He piled up seven strikeouts while allowing one earned run on four hits and two walks. The junior picked up his first varsity victory.

Pace tacked on some insurance runs late to put things away. Brandon Miller drove in Kirchharr with an RBI single in the sixth, and Parmer capped off the night with his two-run blast in the top of the seventh.