Lincoln No-Hits Leon, 1 Of 7 In Florida On Thursday 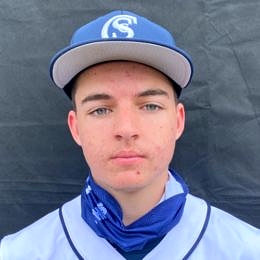 Coral Springs Charter’s AJ Prendergast struck out 20 batters in a 6-0 no-hitter over Coral Springs on Thursday.

Two pitchers combined for the Lincoln Trojans in a 4-0 no-hitter over the rival Leon Lions on Thursday. Starter Tristan Harley went six strong innings, allowing only two walks while hitting one batter, and finishing with six strikeouts. Josh Kittrell polished off the no-no with a perfect 1-2-3 seventh inning, and he struck out the last two batters.

The no-no was one of seven around the state of Florida during a busy Thursday of action. Such events are more common in mercy-rule finishes, and four games on Thursday came in a mercy-rule defeat in which the margin of victory exceeded ten runs in five innings, or 15 runs in three innings. The Fort Lauderdale Flying L’s, the Middleburg Broncos, the Tarpon Springs Spongers and the Out-of-Door Thunder all posted no-hit, mercy-rule wins on Thursday.

Coral Springs Charter’s AJ Prendergast performance was perhaps the most unforgettable, as the junior right-hander struck out 20 batters in a 6-0 no-hitter against the crosstown-rival Coral Springs Colts. Prendergast faced just one batter over the minimum in a near-perfect bid. He did not issue any walks nor did he hit any batters, and the only Colt to reach base did so via catcher’s interference.

In Tampa, Jesuit’s Dominic Castellano threw a 3-0 no-hitter against the visiting Sarasota Sailors. Castellano had eight strikeouts and two walks in the complete-game shutout.

Chiles got the trend started this week, after Dalton Knopp, Bryce Long and Grant Gallagher combined to throw a no-hitter in an 8-1 win over Colquitt County, Georgia.

Hits have been particularly difficult to come by this week in the Tampa area, with three other no-hitters thrown this week already. On Tuesday, Wharton’s Ryan Fry piled up 15 strikeouts in a 5-0 no-hitter over East Bay, and on Wednesday Hillsborough’s Sklyer Netolicky and Caden Ross combined for a 7-0 no-no against Robinson, and Tampa Prep’s Jose Pena mowed down 16 in a 5-0 no-hit win over Academy at the Lakes.