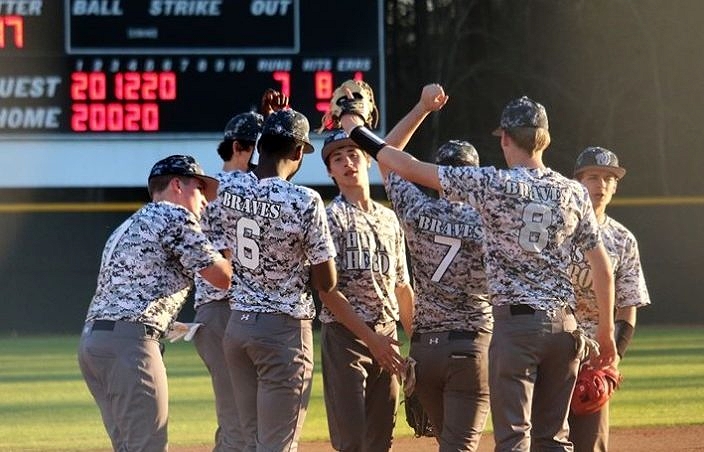 The Walton Braves had plenty to celebrate in winning both games at the “Hits for Heroes” tournament on Saturday. *Photo courtesy of @WaltonHighSchool.

Playing baseball for a greater cause seemed to bring out the best in the Walton Braves this weekend. Walton won both tournament games in Dothan, Alabama, on Saturday, during the “Hits for Heroes” baseball series that honors America’s veterans through America’s favorite past time.

Hits for Heroes began in 2014 as a way to to raise awareness and money for soldiers who are still deployed and who need support, encouragement and supplies. Through a partnership with the USO they raised over $28,000 dollars that was used for hundreds of care packages that were then sent to soldiers deployed overseas and local wounded soldiers. Donations have continued to increase since then.

The event has grown every year since the inaugural 2014 group of seven teams, and this year 41 total teams were involved. With this growth in participants it has expanded to host games at Northcutt Field in Dothan and also at Eagle Stadium in nearby Ozark. Action began with games on Saturday, February 15th, and continued until this past Saturday, February 29th.

Walton won both their games in the tournament on Saturday. The Braves opened play with an 11-1 win over Southwest Georgia Academy in the morning, and then came back in the afternoon and earned a 7-4 victory over Houston Academy, Alabama. 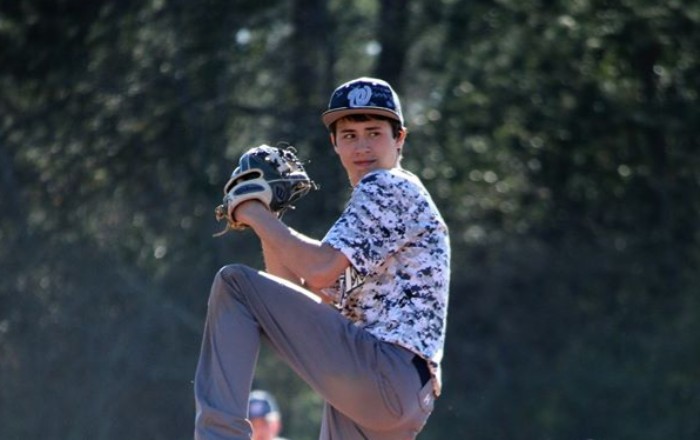 The Braves got the job done on the mound, allowing only five runs combined in the two games. *Photo courtesy of @WaltonHighSchool.

Walton started hot and never cooled off, as offense led the way all day. The Braves (2-2) scored four runs in the bottom of the first inning against Southwest Georgia Academy to set the tone for the day. Kale Herndon had an RBI ground out, T’Kia Jarrett had an RBI single and then Hunter Smith delivered a two-RBI double that erased their early deficit and replaced it with a 4-1 advantage.

Walton kept tacking on to close things out in six innings via the mercy rule. A five-run third inning broke things wide open and left no question of the outcome.

The Braves kept swinging hot bats in the second game against Houston Academy, which helped them prevail in a slugfest that had 17 total hits. Walton grabbed the lead with two runs in the first, before Houston quickly evened things back up with two runs in the bottom of the first. The hits kept falling and Walton grabbed the lead for good in the third, before tacking on plenty of insurance to follow.

The first four batters all reached base to get Walton back in the lead in the third. Landon Rogers led off with a base hit, Herndon walked and Jarrett dropped down a bunt and reached with a single that loaded the bases. Konnor Colvin came through with an RBI single to left field for the 3-2 lead. 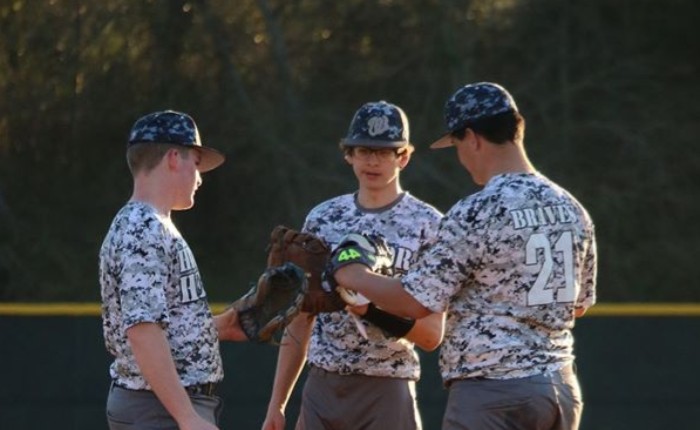 Many area teams regularly take part in “Hits for Heroes”, and this year was no different. Sneads, South Walton and Niceville also played and won on Saturday, while Crestview won on Friday night. Ponce de Leon and Altha were both defeated in games on Thursday.