Navarre Holds On For 10-9 Win Over Booker T. Washington 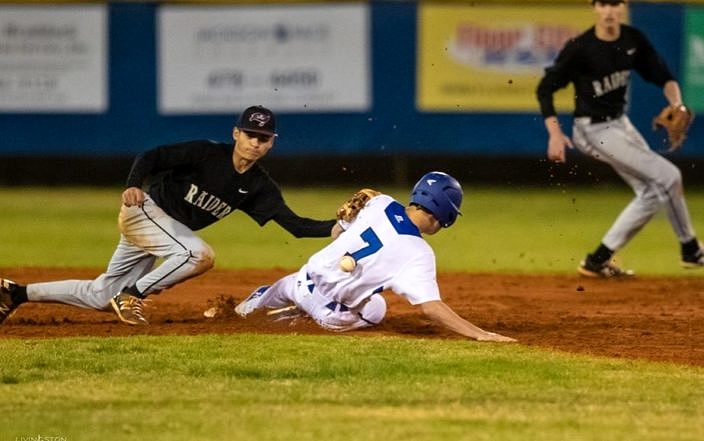 Booker T. Washington’s Drayton Braddock gets caught in the crossfire during Thursday’s shootout with Navarre. *Photo courtesy of @btwbaseball1.

The Navarre Raiders escaped with a narrow, 10-9 victory over the host Booker T. Washington Wildcats on Thursday night, in a high-scoring shootout with five lead changes. The Raiders (3-3) grabbed the lead for good with five runs in the top of the fourth inning, before tacking on the deciding run in the top of the sixth inning.

Ethan Andre delivered the winning run on a solo home run leading off the sixth inning. 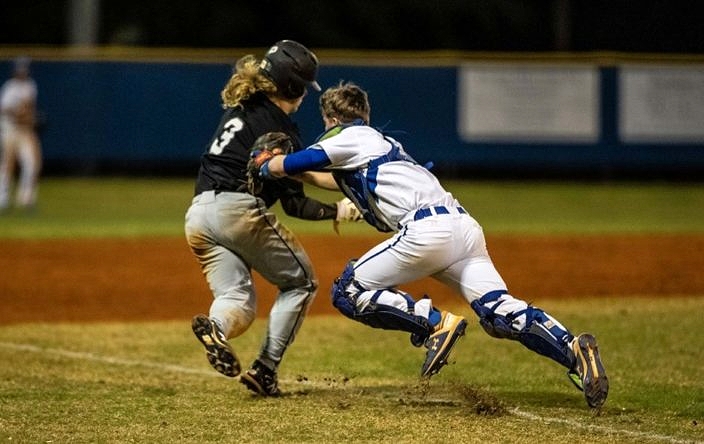 Navarre’s Bailey Huston is caught attempting to score during the fast-paced, high-scoring battle. Huston was 3-for-4 with two RBIs to lead the Raiders. *Photo courtesy of @btwbaseball1.

The Wildcats (2-4) made their final rally bid in the bottom of the sixth. Mason McClammy and Zavion Anderson both singled, before a fielder’s choice off the bat of Robert Sherlock left runners on the corners. Christian Pollard came through with a base hit to left field that brought in McClammy to pull within a run, but the Raiders got a ground out to the next batter to escape the threat.

Junior Rashad Blount connected for his first career home run for the Wildcats. Blount’s two-run shot left the big ball park and gave Booker T. Washington a 7-4 lead in the bottom of the second. Blount was 3-for-4 with three RBIs and two runs to lead his team.

Christian Pollard, Mason McClammy and Zavion Anderson all had two hits each for the Wildcats. 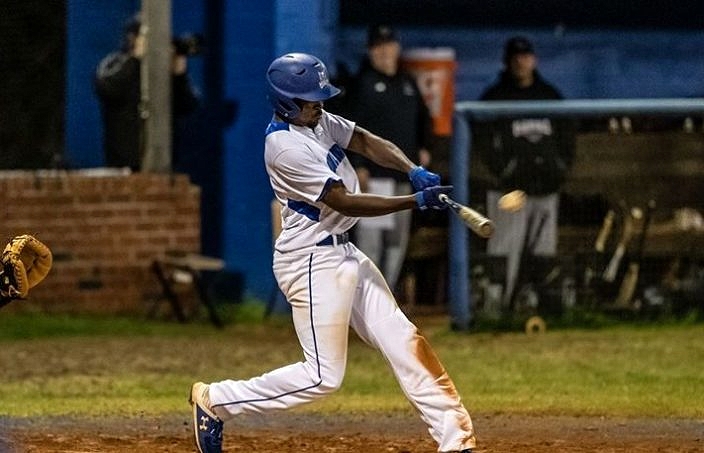 Tyler England and Harrison Dorsey both collected two hits, while Jozef Vanselow was 2-for-4 with a double and a triple, with two runs and two RBIs for Navarre.

Korey Betts picked up the victory on the mound. The left-hander delivered five relief innings and held the Wildcats to one earned run on four hits and a walk, with one strikeout.