North Florida Christian Falls To Canterbury In 3A Semifinal 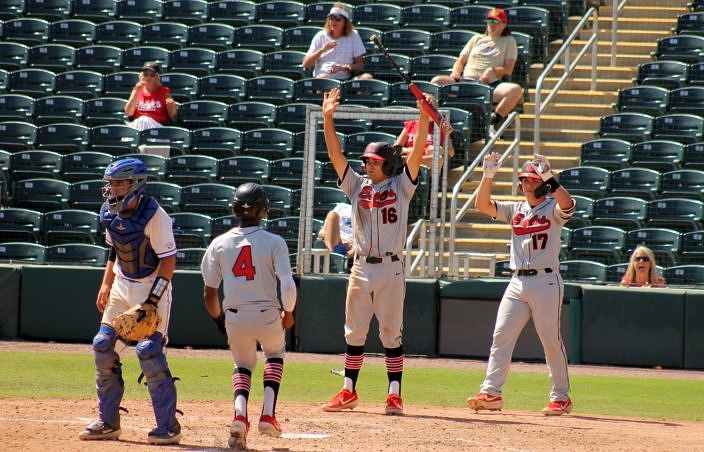 Josiah Miller and Jonathan Railey scored for the Eagles in the top of the third inning.

An unearned run in the fifth inning proved to be the difference in a tight battle at Thursday’s 3A state semifinal at Hammond Stadium in Fort Myers, as the Canterbury Cougars rallied for a 4-3 victory over the North Florida Christian Eagles. It is the second straight year that the Cougars have ended the Eagles’ season, after Canterbury won its third consecutive state title by defeating North Florida Christian in last year’s championship. Now Canterbury seeks to become only the second team in state history to win four-in-a-row.

The victory was no easy accomplishment, as two of the top teams in the state battled to the finish. Canterbury notched the deciding run in the fifth to break a tie ball game. Will Cialone was hit by a pitch, eighth-grader Austin Schrowe singled to left and catcher Camillo Lilleslatten reached on an error that allowed Cialone to cross the plate with the winning run.

“We had to control the game at 3-0 and we just made too many errors, and we haven’t really done that much all year,” Coach Posey said. “When you make four errors in a state championship game you usually aren’t going to win those kind of games. It was the difference in the game. I thought their side-arm guy did a good job coming in and taking control of the game. We had some good opportunities for some good hits but we just couldn’t put some together when we needed them.”

Both sides withstood early scoring threats, before the offenses got rolling the second time through the batting orders. After opening with two scoreless frames, the two sides notched five total runs to rev up the excitement in the third inning.

The Eagles put some ducks on the pond to set the stage, as Jacob Granger and Josiah Miller both drew walks to start the frame. Starting pitcher Brandon Walker then lined a shot to left field for an RBI double, before then giving way to courtesy runner Jonathan Railey. Carson Neal walked to load up the bases for Major Posey, who sent a shot to the left-center field gap that drove in a pair for a 3-0 advantage. 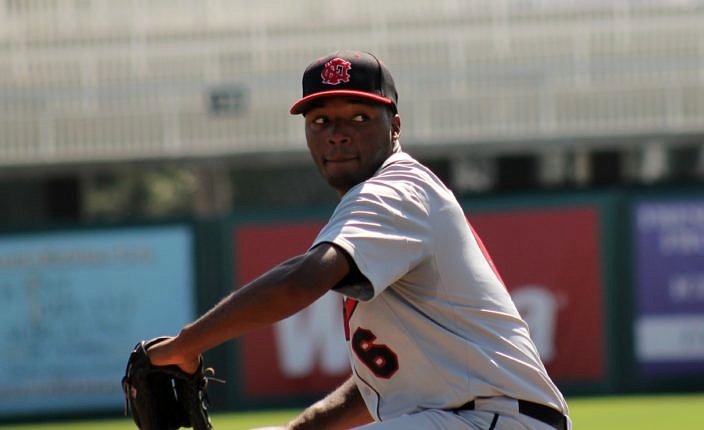 Brandon Walker made the start and struck out five in five innings for the Eagles.

“My first at bat he gave me a 3-2 slider and I swung underneath it, but I was on time. So when I came back, he got me on two strikes and I kept battling and I barreled a slider for a single,” Major said.

Canterbury answered right back in the bottom half of the inning. Julian Meyers singled to right to start things off and then Cialone jumped on the first offering he saw and crushed it deep to the left field wall for an RBI double that got the Cougars on the scoreboard. Bryce Einstein followed with a liner to left field for another RBI double that pulled his team within a run and gave them all the confidence to stick to the game plan.

“It was a hard-fought game,” Canterbury manager Frank Turco said. “We came into this game as the underdogs and we knew that; they brought everybody back and we lost some players. The grit that our boys showed was amazing. We pitched around a few of their guys and walked them on purpose, because we were going to take our chances with other guys. Sometimes in baseball it pays off and today it paid off for us. Our coaching staff did an amazing job and our players bought into doing what we asked.”

An inning later Canterbury evened things back up. Lilleslatten walked and was replaced on the bases by courtesy runner Rick Zalewski. Santino Cervone singled to put runners on the corners, and Cooper Weiss then reached on an error that allowed Zalewski to come home.

Cougars side-arm reliever Bryce Einstein closed out the final four innings to earn the victory. The senior captain allowed one hit and four walks and struck out three, while successfully keeping the Eagles’ offense off-balance adjusting to his delivery angle. 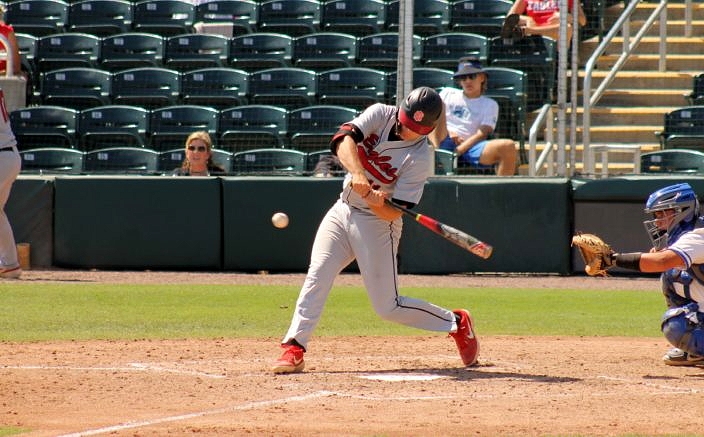 Major Posey connects for a two-RBI single in the third inning.

“He had a great tail, he knew what he was doing and he knew how to work his pitches,” Miller admitted. “But he was flat when he was always working and away to lefties, and he was trying to bust righties inside. I kept telling people that we’ve just got to make the adjustments and expect the changeup, because that was his best pitch. He never threw anything like a slider or curveball; it was either a fastball or a changeup. He had control of the game and he dominated us. I didn’t want to go out as a senior and not have a state championship ring with these guys, but we played our hearts out and that was all we can do. It didn’t go our way, but oh well, that is baseball.”

All season long North Florida Christian challenged a veteran team to make it back to the state Final Four. The Eagles played one of the toughest schedules in the entire state and the team showed its heart and grit all season by answering those challenges and reaching the grand stage that every club dreams of when they first lace up their cleats for a new year of play.

“We had a lot of seniors and a lot of guys coming back from last year, so the expectations were really high at the beginning of the year,” Coach Posey said. “We’ve had different parts of our season, parts where we just weren’t hitting well, and then the last month we’ve been swinging the bats really well but have been nicked up a little. But the kids really fought hard and we played well today, but we just can’t make those key errors with two outs. I am proud of these guys; they have worked really hard all year.”

The Eagles will graduate eight players and the majority of its starting lineup. It is a program with a rich history, and this recent stretch of success helped to maintain that program standard.

“This was a good run for us this year. These guys have been doing it for the last couple of years for us,” Coach Posey said. “We’re a young group next year so we’re kind of starting over next year. We’ll see what happens.”