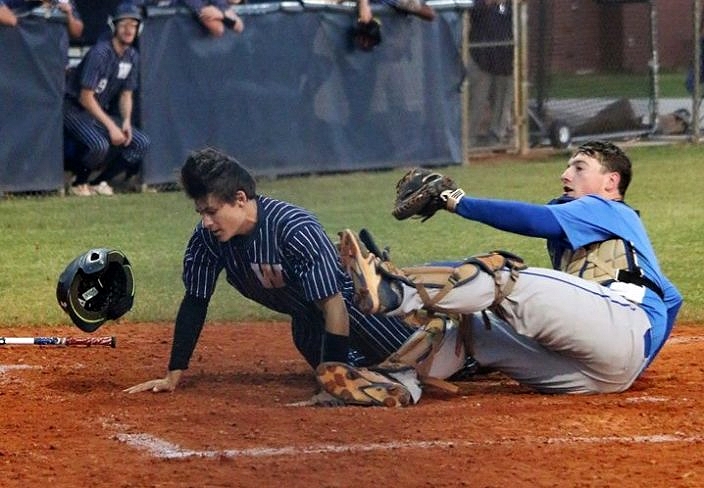 The Walton Braves won their third straight game on Tuesday, after holding off a late and furious comeback rally for a 10-8 home victory over the Jay Royals. Walton (9-7) took control thanks to a grand slam home run from Kentrell Parker in the bottom of the fourth inning, but needed every run it got after Jay scored seven runs over the final three innings.

The Braves notched the deciding margin with a pair of runs in the bottom of the sixth. Austin Thacker drove in Logan Thacker with an RBI ground out, after Logan walked and advanced into scoring position when Parker reached safely on a sacrifice-bunt attempt. Kale Herndon then ripped an RBI single into center field that drove in Parker to make it a 10-3 advantage.

The Royals (9-6) refused to go quietly, battling back to have the tying run on base when the final out was recorded. Brandon Helms and Josh Majors both reached base on errors leading off the seventh inning, and Blayne Miller drew a walk to load up the bases. Trace Seib deposited an RBI single to left and Nathan Archer followed with an RBI walk. Judd Smith then reached base on an error that cleared the bases, and Dutch Burkhead then joined Smith on the bases when he also reached on an error. 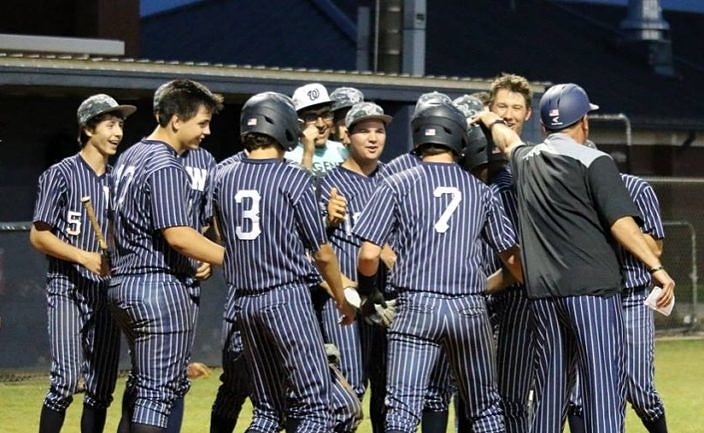 Walton’s Kentrell Parker is mobbed at the plate following his grand slam home run in the fourth inning. *Photo courtesy of @WaltonHighSchool.

Walton finally stopped the comeback when Devin Hester induced a flyout to right field that ended the contest.

It was a tight ball game early on, until Parker’s grand slam put his team well in control. Three straight batters were all hit by a pitch to fill up the bags, and Parker wasted no time in jumping on the first pitch he saw and launching it over the right field fence for a 6-1 lead.

While nearly every starter reached base, Walton’s Austin Thacker was the only player to record multiple hits in going 2-for-3 with an RBI and two runs. Trace Seib led all hitters in going 3-for-4 with two RBIs and a run.