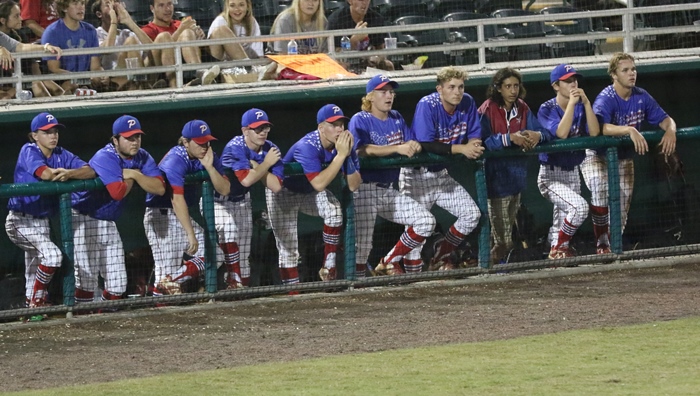 The final game of the day at the FHSAA State Championships on Thursday turned into one for the ages. The game, which began on Thursday, and ended early Friday morning, saw two teams with a storied past, battle it out for nine innings.

In the end, Venice scored two runs in the ninth to capture another in a long line of state titles, 3-1 over Pace. The result, however, was in question for much of the night, as the two teams battled through inning after inning.

It was after Kirchharr came out, however, that the fireworks in this state title game occurred.

In the bottom of the seventh, Bennett Shell singled for the Patriots. JC Preacher followed with a perfectly-executed sacrifice bunt that turned into an infield single. With a decision to make, Pace Manager Jason McBride chose to sacrifice with three-hole hitter Dalton Childs. The senior could not get the bunt down, and that was followed by a double play.

“Really, those guys have been making plays like that all year,” Jackowiak said of the double play. “Our defense has been so strong game after game, and it wasn’t anything different tonight.”

What happened next can be described only as chaotic.

In the top of the eighth, Kirchharr got the first out of the inning, and then surrendered a single to Kevin Dubrule. Camaron Rohling then relieved Kirchharr, and gave up a single. After a strikeout and an intentional walk, McBride slowly sauntered to the mound.

Most in attendance believed the slow walk to the mound was to allow his reliever to get additional warm-up pitches in the bullpen. But what McBride was really watching was the time. With the game starting late due to weather earlier in the day, and an extra-inning game in progress, the clock struck midnight. And that is when the Pace Manager summoned Christian McCullough, who had thrown 33 pitches in the Patriots’ semifinal win on Wednesday.

FHSAA rules state that pitchers that throw 31-45 pitches in a game must have one day of rest before being used again. With the clock striking 12:00, and McCullough pitching Wednesday, McBride assumed his sophomore was good to go. 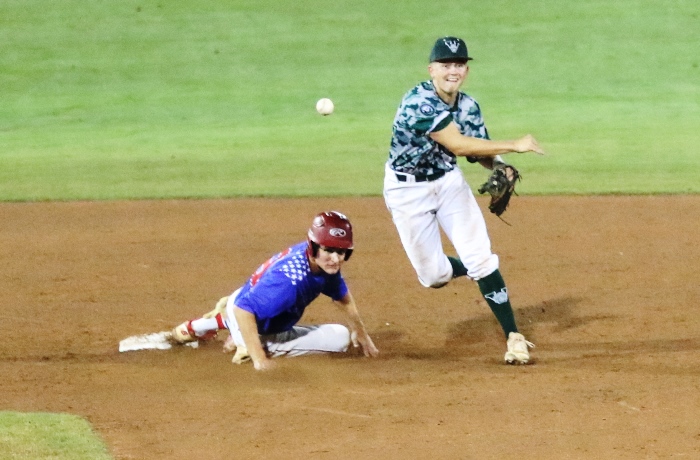 After the righty threw one pitch, Venice Manager Craig Faulkner immediately appealed to the umpires regarding McCullough being an illegal player since he had thrown 33 pitches the day before. The appeal then led to a 20-minute delay, in which state officials were called to the field.

Eventually, a decision was made that McCullough could no longer throw in the game, but a forfeit would not be issued for using an illegal player.

“We knew they had used an illegal player,” said Faulkner. “But the state guys didn’t want the game to end like that, so they made a ruling. And I understand. Nobody wants a game to end that way in the state final.”

McBride put up a battle, but was unsuccessful in keeping McCullough on the mound.

State rule 4.1.3 deals with pitch counts, and states under subsection 3,

‘Days Rest – A day of rest is defined as a “calendar day”. Example: A varsity level pitcher who has reached the 105 pitch limit on Monday shall not be allowed to pitch again until Saturday.’

McBride was arguing that with McCullough pitching Wednesday, and the current game passing midnight on Thursday, that a full calendar day had passed, making mcCullough eligible to pitch. State officials did not agree.

FHSAA Spokesperson Kyle Niblett said that an official statement regarding the ruling would be coming early Friday morning.

With the controversy behind them, the teams, who had played spectacularly throughout, went back to the business of the game on the field. AJ Martin took over on the mound for Pace, and after the 0-1 count was reset, Martin worked out of the jam.

After an uneventful bottom of the eighth, Venice finally broke through in the ninth. Danny Rodriguez and Nick Riccardi both singled. With runners on second and third, two consecutive infield errors put the Indians up 3-1. That was more than enough for Jackowiak, who, after hitting a batter, got the last three outs of the game and sent Venice to another state title.

“This is such a special group,” said Faulkner. “What defines them is, they love to practice. Not many teams do. But they love coming to the field and they love working to get better. It is a special group of players.” 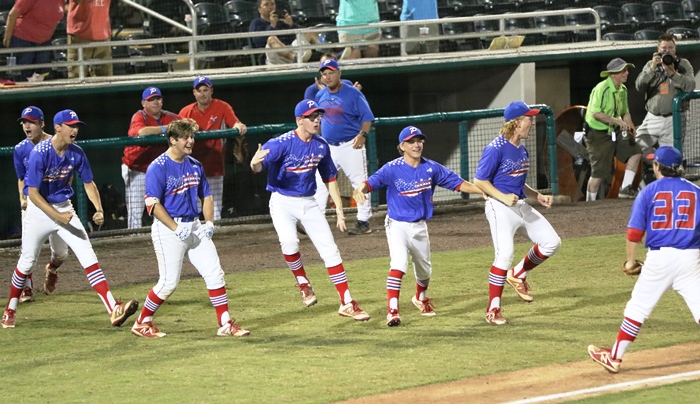 For Jackowiak, there was equal respect for the coaching staff.

“When you play for Venice, you just come in trusting the system,” he said. “Coach Faulkner and the staff have been doing this for a long time, and they have a system in place that works. That takes the pressure off us, because all we have to do is follow the system and execute.”

As for the Indian fan base, which is always one that packs the house when their team is at states, Faulkner had a message.

“We have some of the greatest fans,” said the Indians Manager. “They always come out in full force, and they really are behind the program. That makes a big difference when you have that type of support.”

Venice closes out a season in which they won their second title in the past four years.